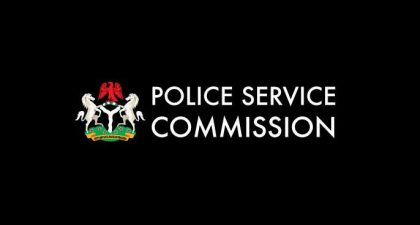 A total of 11,651 candidates from Katsina State are jostling to join the police in the ongoing recruitment exercise, the Police Commissioner in charge of the recruitment, Abdulmumini Gimba, has said.
Gimba, who led the recruitment team on a courtesy visit to Governor Aminu Masari in Katsina on Friday, however, said there were only a few female candidates among the applicants.
He urged the state government and other stakeholders to intensify efforts in enlightening more women in the state to join the police.
He revealed that even among serving police personnel in the country, most female police officers were from the Southern part of the country.
In his remarks, Masari said that the state government would liaise with local governments and traditional rulers to ensure that more women were recruited into the police force.
He said: “The police perform civil duties, but based on our culture and religion, women don’t want to join police work.
“However, you will have more information from the public if you have more women in the police.”
Masari urged the police recruitment team to ensure that only the best were recruited and assured that he would not interfere in the exercise.
He said: “We have no intention to interfere with the process, but we will cross check what you did.
“I believe if you do the right thing in the exercise, they will not disappoint you in the training school and after their graduation as police officers.”