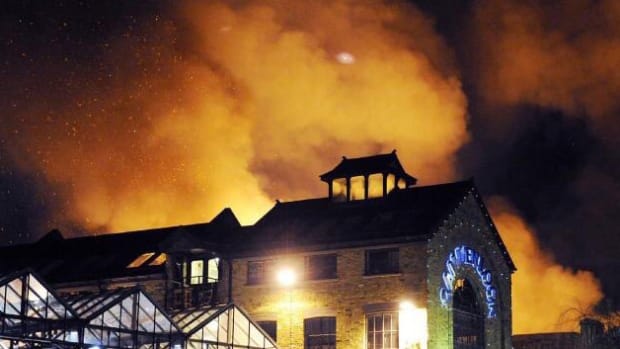 Share
Facebook Twitter LinkedIn Pinterest Email
At least 11 Indian labourers were killed and several others injured in a devastating fire that broke out inside a house in Saudi Arabia, foreign ministry officials said on Thursday.
The fire broke out in Najran, about 900 km south of Jeddah city.
“Eleven Indian labourers died of asphyxiation in Saudi Arabia on Wednesday in a fire that engulfed the windowless house they shared,” India’s state-run broadcaster All India Radio quoted Saudi authorities as saying.
According to India’s Foreign Minister, Sushma Swaraj, officials of the ministry were rushing to Najran by the first available flight.
Swaraj said: “I am aware of the fire tragedy.
“Our Consul-General is in touch with the governor of Najran. He is updating me on regular basis.”
Preliminary reports said the fire broke out due to an electric short circuit in an old air-conditioning unit in the house.
Four of the deceased hailed from Uttar Pradesh, three from Kerala and one each from Bihar and Tamil Nadu.
Efforts were being made to establish the identity of another worker.
He said: “The five injured workers are being treated in the hospital.”
More than three million Indians are working in Saudi Arabia.
Fire Indians nan Saudi Arabia
Share. Facebook Twitter Pinterest LinkedIn Tumblr Email