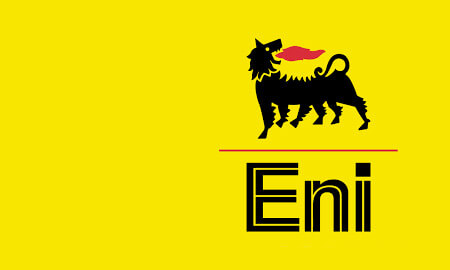 The Board of Directors of Eni (Nigeria Agip Exploration Limited) on Wednesday claimed that all transactions relating to the $1,616,690,656.78 Malabu oil block were not fraudulent.
The oil firm said it arrived at the conclusion after commissioning forensic investigations into the controversy over the sale of the oil block.
It said an independent US law firm conducted the investigations and returned a not guilty verdict.
The statement said: “Eni’s Board of Directors today takes note of the outcome of further forensic investigations into the 2011 transaction between Eni and Shell and the Nigerian Government for the acquisition of the OPL 245 licence in Nigeria.
“The investigations were conducted by an independent US law firm. They were commissioned by Eni’s Board of Statutory Auditors and Watch Structure.
“The investigations examined the new materials and further information filed by the Milan prosecutors as part of the closure of the investigation in December 2016.
“The law firm confirms the conclusions reached by previous investigations in 2015, stating that there is no evidence of corrupt conduct in relation to the transaction.
“Eni’s Board of Directors confirmed its total confidence that neither the company nor its CEO Claudio Descalzi were involved in alleged illicit conduct under investigation.”
The position of ENI came against the backdrop of the recent seizure of the Malabu Oil Block from four oil giants pending the conclusion of investigation and trial of those implicated in the $1,616,690,656.78 billion deal.
The oil firms are Shell Nigeria Ultra Deep Limited, Shell Nigeria Exploration and Production Company Limited, Nigeria Agip Exploration Limited and Malabu Oil and Gas Limited.
On December 20, 2016, the Federal Government filed nine charges bordering on alleged mismanagement of $1,616,690,656.78 Malabu Oil cash against a former Minister of Justice and Attorney-General of the Federation, Mohammed Bello Adoke (SAN); a former Minister of Petroleum Resources, Chief Dan Etete; and seven others.
The others are a businessman, Aliyu Abubakar; Malabu Oil and Gas Limited; Rocky Top Resources Limited; Imperial Union Limited; Novel Properties and Development Company Limited; Group Construction Limited; and Megatech Engineering Limited.
The nine-count charge was filed at the Federal High Court, Abuja by a team of lawyers, including Johnson Ojogbane, C.C. Nduese, H.M. Mohammed and Victor Ukagwu.
The trial of all the suspects was yet to begin as at press time.
Pending the commencement of the trial, the Economic and Financial Crimes Commission has seized the controversial Malabu Oil Block from the four oil giants.
Earlier, Shell Nigeria Ultra Deep Limited had filed a Claimant’s Memorial before the International Centre for Settlement of Investment Disputes.
The memorial said: “In 1998, during the President Abacha military regime, OPL 245 had been allocated to Malabu on behalf of the Ministry of Petroleum Resources by Mr. Dan Etete in his capacity as the then Presidential Advisor on Petroleum and Energy. Malabu was an indigenous Nigerian company, incorporated on 24 April 1999, with Nigerian shareholders, apparently for the purpose of petroleum prospecting.
“In March 2000, Malabu approached Shell within a farm-in proposal. Malabu was looking for an international oil company to take a 40% equity stake in the OPL 245 licence itself and ‘carry’ Malabu in developing the block i.e. the international oil company would take all the exploration and development risk by funding Malabu’s share of the costs (including the acquisition, exploration and development costs of the block) as well as its own.
“Those costs would then be recovered by the international oil company from Malabu’s share oil production.
“Malabu’s representative provided Shell with a technical information brochure relating to OPL 245 and copies of the letter of allocation of OPL 245 to Malabu dated 29 April 1998, a letter to the DPR attaching cheques in respect of the US$2m “down payment” of the signature bonus and other fees and a letter confirming that the allocation had not been withdrawn dated 9 March 2000.
“At that time, several other oil exploration and development licences allocated by the Abacha regime had been withdrawn by the new civilian Government of President Obasanjo.”