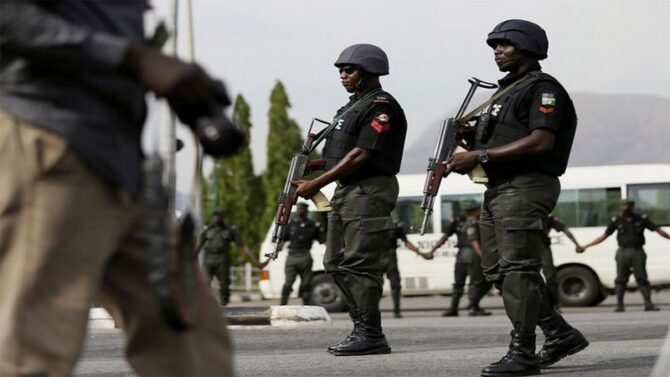 The Benue Police Command on Thursday said suspected armed robbers killed one Joseph Iorguma, in North Bank, Makurdi.
The State Police Public Relations Officer, DSP Catherine Anene, told News Agency of Nigeria in Makurdi that the incident took place at Asase I, by SRS Junction North Bank around 4 a.m. on Thursday morning.
Anene said that the victim is said to be a staff of Benue Links Plc, a transport company owned by the Benue State Government.
She said that the gunmen came in form of armed robbers and killed the victim at his residence at Asase I.
The PPRO further disclosed that the Command has commenced investigation into the matter and urged the public with useful information to come forward with it as they would be shielded.
The General Manager, Benue Links Plc, Monica Ugela, while confirming the incident to NAN, said the victim was not a staff but an agent of the company.
Ugela further expressed the company’s deepest condolences over the lost.
NAN reports that Benue Links Plc Transport Company operates a motor park at Asase I, North Bank, Makurdi where the victim worked before his death.