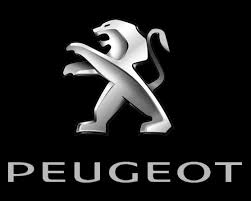 Peugeot Automobile Nigeria Limited on Thursday said it would restart its assembly plant in Kaduna for local production of quality and affordable vehicles in June.
The Managing Director of PAN, Ibrahim Boyi, announced this during a meeting with the Minister of State for Industry, Trade and Investment, Samuel Ortom.
Boyi was part of a delegation of Peugeot International, led by its Vice President, Yves Moulin, that visited the minister.
He said the company was encouraged by the numerous opportunities created by the new auto policy of the Federal Government for investors in the sector.
The visit to the minister, he said, was part of the company’s consultation with government and other stakeholders before the commencement of its assembly operations.
Earlier, Moulin told the minister that the company had repositioned itself to tap into the huge potential of the country’s auto industry.
He said: “We have a programme called ‘Back in the Race’ under which we have changed out management and hope to increase out capital and volume of investment in the sector.
“I hope we will all be together in the race because there is a huge potential in this country.
“Besides being the largest economy in Africa, this country is blessed with a young population of highly talented and educated people.
“With the right regulations in place, I am sure we will be able to work together to add value, attract suppliers, create jobs and automobile clusters.”
Moulin said the team was in Abuja to discuss with the government on the various areas of collaboration and how to begin operations as fast as possible.
Responding, Ortom assured the delegation of the Federal Government’s commitment to the sustenance and efficient implementation of the policy.
Ortom stated that the positive responses from the global automotive industry to the policy were an indication that it was working.
He said: “We are committed to our industrial revolution plan, from which the auto policy is derived, to ensure that we get it right in efforts to develop the industry.
“We did enough research by visiting countries that have succeeded in the auto industry before coming out with the policy.
“And I can assure you that we will succeed.”
The minister said that government would review the policy from time to time to address emerging challenges and solicited advice from the company in this regard.