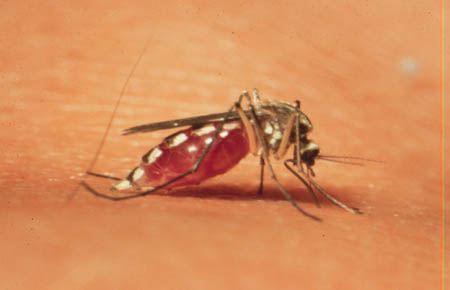 A demographic survey has rated Niger State as the highest in percentage of death caused by malaria disease in the North Central zone of Nigeria, with over 19,000 under-5 ‎children dying every year.
The State Commissioner for Health, Dr. Jibril Mustapha, on Tuesday said during a press briefing at Gussoro village in Shiroro Local Government Area, to mark this year’s Malaria Day‎ in Niger State, that N5.2 billion is the resulting economic loss.
Mustapha said: “The disease is responsible for 30 per cent and 11 per cent of under-5 and maternal deaths respectively. ‎
“The terms of the cost prevention and control as well as loss of man hours is about N5.2 billion.
“A total of 19,000 under-5 children, according to statistics, die in ‎Niger State annually, and with this, in our case management, a total number of 892,300 children under-5 years and 668,655 adults received free malaria treatment.”
Mustapha said the state will unveil its first ever State-led health reform agenda, titled: “Niger Health 1.0.”
He said this will ensure‎ a 24-hour health service in all the 25 LGAs of the state.
Also, the President of the National Association of Nigeria Paediatric Nurses, Comrade Olubunmi Lawal Aiyedun, called on the States and Federal Governments to invest more on preventive measures like treated mosquito nets to tackle the disease.
Aiyedun added that after a demographic survey in 2013, only 11 per cent ‎of children are using the treated mosquito net and only 12 per cent have access to the net in the state.