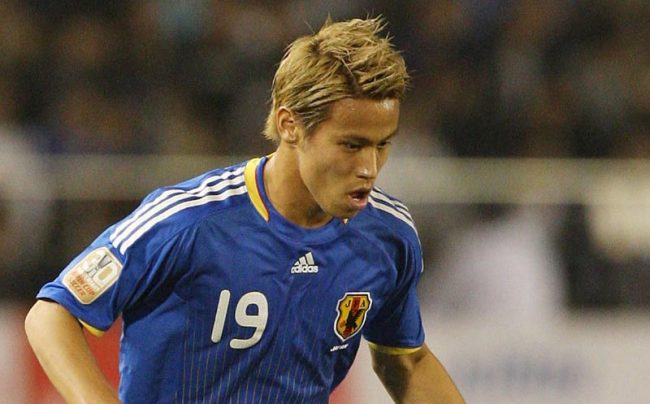 Keisuke Honda has announced that Japan’s 3-2 defeat against Belgium in their thrilling round-of-16 clash at the 2018 World Cup will be the last he plays for his country.
The 32-year-old attacking midfielder, who did not start a game in Russia, came on as a second half substitute in Rostov as Japan let a 2-0 lead slip and conceded a third in the final seconds of stoppage time.
Honda, playing in his third World Cup, was unable to help the Samurai Blue reach the quarterfinals for the first time in their history, and is stepping down just two games short of a century of international appearances.
“I am concluding my career in the national team,” the former AC Milan man said. “I am happy, because we have a lot of good young players, and now it is their turn to write the history of Japanese football.”
Honda has been encouraged by the showing of his compatriots in Russia, where he spent four years as a player for CSKA Moscow.
“Maybe we gave the European crowds a message that they should bring more Japanese players, not even national players. I hope they will now take a lot of new talents.”
Honda also has a decision to make regarding his club career. After being released by Milan in the summer of 2017, he joined Mexican giants Pachuca, and according to reports in Japan prior to the World Cup, he will not extend his one year contract that expires later this month.