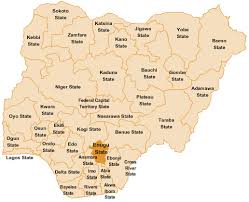 The Enugu State Government says it is compiling a directory of community leaders to improve security and other services in the state.
The Commissioner for Human Capital Development and Poverty Reduction, Obinna Mbaeke, made the disclosure in an interview with News Agency of Nigeria in Enugu on Wednesday.
Mbaeke said the database would include contact details of all the town union presidents, secretaries, traditional rulers and three members of the neighbourhood watch associations in each community.
According to him, this will serve as a compendium of people that can be reached in times of emergency and in building relationships between one neighbourhood and the other.
He said: “Before now, each neighbourhood existed on its own but with this programme, if there is an incident in one community by the touch of button the security agents would be alerted on the happenings in that community.
“And by doing that fellow neighbourhood groups can block all the likely escape routes.”
Mbaeke explained that the beauty of the database was that the average resident of Enugu State could own a copy of the directory and once they heard that there was an incident they already knew who to call.
He said that the database would eliminate the routine of looking for those who knew the divisional police officer or commissioner of police.
The commissioner said all the security operatives’ numbers would be part of the database of everybody in Enugu State.
Mbaeke said that the directory would make hiding of persons kidnapped in urban areas difficult in rural communities.